Everything you Need to Know about Vehicle-To-Grid (V2G)

What does Vehicle to Grid or V2G mean? According to Virta Global, V2G is a technology that facilitates energy to be pushed back to the power grid from an electric vehicle battery.  This type of technology is also known as car-to-grid where a car battery can be charged and discharged according to different signals such as nearby energy consumption. V2G facilitates efficient use of Electric vehicles. 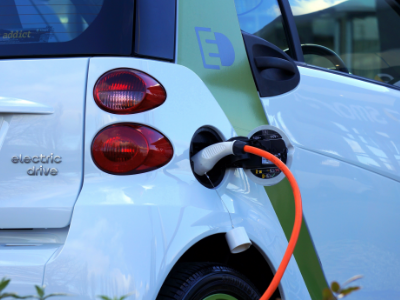 The V2G technology provides a reliable mechanism to mitigate climate change by providing a means of an energy system to balance between different types of renewable energy. For this to happen it is important for decarbonization and energy efficiency to be realized. Decarbonization refers to how renewable energy such as solar power and other sources are deployed. Energy efficiency is also vital as it determines how energy is utilized. Energy produced requires an efficient way to balance and store it for later use. As the adoption of electric vehicles surges, there continues to be a growing need for reliable batteries. According to Virta Global, there will be 140-240 million electric vehicles by 2030 which will require at least 140 million energy storages with an average storage of 7 TWh. Electric vehicles provide a reliable way of storing renewable energy. In a sense they act as power banks which are handy when solar power is needed. The batteries offer a much-needed balance between energy consumption and production. Compared to other traditional energy storages, it is much cheaper to supply and store renewable energy in electric vehicles than in the large solar power plants.
It is thus important to make sure that electric car batteries are charged enough for electric batteries to fulfill the V2G requirements where an EV driver should be able to communicate when they would like to unplug the car and how much percentage of energy remains in the car. Through a V2G capable smart charger available at Tellus Power Green, it is possible to have a ready to go charged battery available when the driver needs the electric vehicle. Through grid balancing, V2G can offer a plugged-in mode for the vehicle to perform on its best level.

Some of the benefits of vehicle-to-grid include:
V2G chargers here at Tellus come in different models which are compatible with different vehicle to grid technology. They come equipped with a maximum power of around 10 kW which is enough for the home or public charging. V2G chargers are DC chargers due to the electric vehicle’s unidirectional chargers which can be bypassed. It is also important for an electric vehicle to be compatible with the V2G technology to ensure it is not discharged when it is plugged in. The V2G market is expected to grow to over $5 billion by 2024. V2G is expected to be commercially profitable business and the European ISO 15118-20 will no doubt provide the much-needed standard for its adoption in Europe. For your needs on installing an EV infrastructure with V2G technology, you can turn to Tellus Power which is an experienced company having a wide range of products and services. Tellus is well versed in the EV charging market having delivered more than 150,000+ AC and 10,000+ DC fast charging station worldwide.